Delusions and paranoia:
Is there a difference?

In common speech these two terms are often used as synonyms. Many users are not entirely clear about their respective definitions, but both terms are often used, especially to express anger about the other person’s behaviour: “You are totally delusional!” or “That’s totally paranoid of you!” But what do these two terms really mean? And what is the difference between them?

Delusions can be defined as “fixed beliefs that are not amenable to change in light of conflicting evidence2.”  In other words, a person with delusions is not willing to change a belief that they have about something, even if there is evidence that his/her belief is completely wrong and unfounded.  Here are some examples2 of the different types of delusions to make this clearer:

belief that one is going to be harmed and/or harassed by an individual, organization or other group

belief that certain comments, gestures, environmental cues, etc. are directed at oneself

focus on preoccupations about health and organ functions

belief that one has fame, wealth, exceptional abilities

the individual is convinced that a major catastrophe will happen 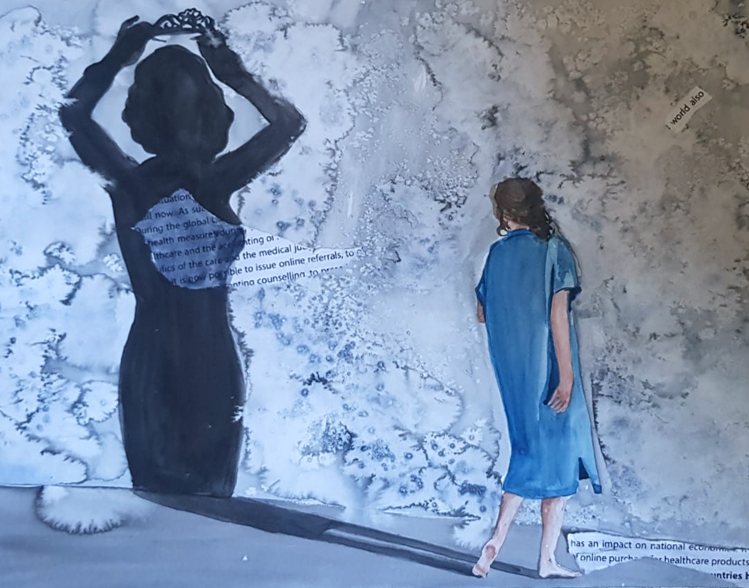 Delusions are considered bizarre „if they are clearly implausible and not understandable to same-culture peers and do not derive from ordinary life experiences.”2 For example, a person who believes that an outside force has removed his/her internal organs and replaced them with someone else’s organs without leaving any wounds or scars is having a bizarre delusion.  On the other hand, an example of a non-bizarre delusion is the belief that one is under surveillance by the police, despite a lack of convincing evidence.  Delusions are usually regarded as bizarre if they express a loss of control over mind or body.  Here are some examples2:

belief that some outside force “removes” on’s thoughts

belief that alien thougst have been put into one’s mind

It can sometimes be difficult to differentiate between a delusion and just a strongly held idea2. This can depend on how strongly the belief is held, even though there is very clear/reasonable contradictory evidence about its truth.

Paranoia can be defined as “an unfounded or exaggerated distrust of others3.” Paranoid individuals constantly suspect the motives of those around them, and believe that certain individuals, or people in general, are “out to get them3.” Paranoid thoughts are not unusual and can occur in all people at one point or the other in their life. Think for example walking home in the dark and a car slowly driving up next to you, or people whispering and looking at you while you walk by. In such cases it is not unusual to encounter the fear of people wanting to get you, even though nothing happens.

Paranoia only becomes problematic when it reaches clinical proportions, meaning delusional proportions. In such cases, as described above, the person becomes inflexible to accepting clear evidence that is contrary to their fixed belief. Then paranoia grows into persecutory/paranoid delusion in which someone feels like another person or a group/organization is out the get them1. Other delusions such as nihilistic beliefs, thought withdrawal, thought insertion, delusions of control may also worsen the paranoia and therefore the persecutory delusion. Further, hallucinations, which are “sensory impressions (sight, touch, sound, smell, or taste) that have no basis in external stimulation1” can also lead to paranoid delusions.  The person experiences and believes/feels that the hallucinations are real and can become fearful/paranoid if these hallucinations are believed to come from hostile people.

In summary, delusions and paranoia can be closely linked to each other. Put simply, paranoia is the unfounded or exaggerated fear of others, which can become delusional if this fear cannot be changed even in the light of strong evidence, in which case it grows into a paranoid delusion. Therefore paranoia (if severe) can be considered one type of delusion, while delusions are a bigger group. Delusions may appear with no signs of paranoia, and the reverse is also true.  Both delusions and paranoia can differ in severity, and when severe, they can lead to debilitating mental illnesses.

Schizophrenia can be defined as a severe mental disorder which affects behaviours, thoughts and emotions. You may only notice the first symptoms around teenage

About the symptoms of schizophrenia

People with schizophrenia may present a variety of symptoms, which may impact upon their quality of life.¹ These symptoms usually start at a young age, between