COGNITIVE REMEDIATION IN SCHIZOPHRENIA: NEW EVIDENCE AND FUTURE PERSPECTIVES IN THE DIGITAL ERA

The scientific symposium at EPA 2021 Virtual about cognitive remediation therapies, moderated by Professors Antonio Vita and Silvana Galderisi, aimed to provide an updated knowledge about the effectiveness and applicability of this technique in schizophrenia patients with the help of three speakers, Professors Merete Nordentoft, Rafael Penadés and Til Wykes. Cognitive dysfunctions represent a core feature of schizophrenia, are present at any stage of the disorder – even in subjects at high risk for psychosis – and have a significant impact on the subjects’ psychosocial functioning. As pharmacological treatments are only modestly effective in the domain of cognitive symptoms, there is considerable need to offer alternative techniques to improve the symptoms of the patients. In this session, the focus was on presenting evidence on the efficacy of cognitive remediation interventions on the cognition and functioning of patients with schizophrenia. 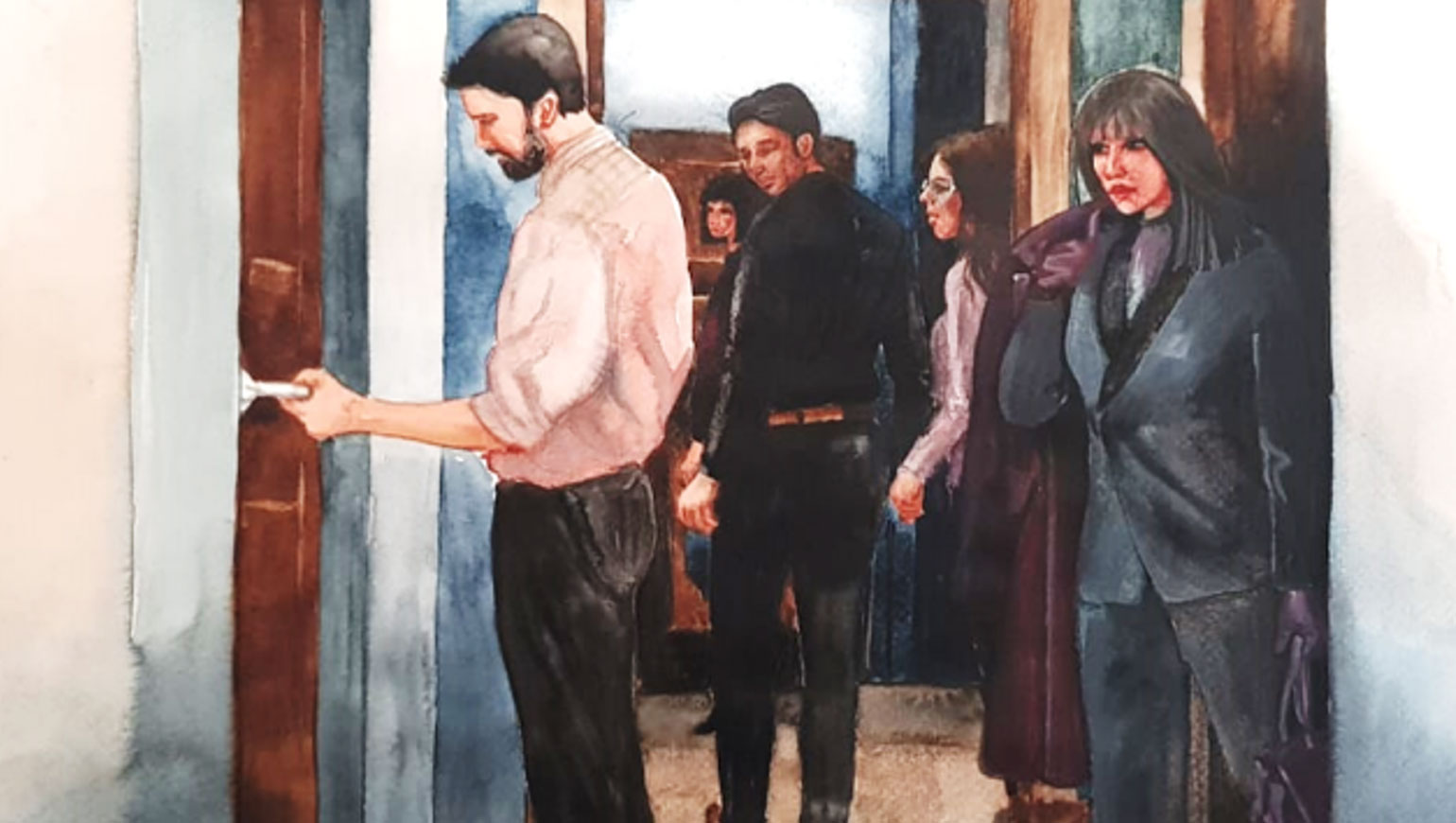 Effectiveness of Cognitive Remediation in Schizophrenia: What Works and What Does Not Work?

As explained by Professor Antonio Vita, Professor of Psychiatry at the University of Brescia, patients with schizophrenia show greater impairment in all cognitive domains compared to their relatives and controls.1 Since cognition is one of the major drivers for improved functioning, finding effective treatment strategies is of great importance.2 One of the options to alleviate cognitive symptoms is cognitive remediation therapy, a training-based behavioural intervention that aims to improve all sorts of cognitive processes including attention, memory, and executive functioning.3 A meta-analysis on cognitive remediation found durable effects on global cognition and functioning in patients with schizophrenia, however, the effect on symptoms was small and disappeared at follow-up.1 Nonetheless, as Professor Vita highlighted, cognitive remediation therapy can still be an effective treatment option, especially when patients are clinically stable.2

Professor Vita then continued his lecture by explaining the factors found to be associated with a good response to cognitive remediation therapy in schizophrenia patients. These included age, duration of illness, premorbid adjustment, baseline cognitive performance, intrinsic motivation, hostility, disorganised symptoms, neurobiological reserve, genetic polymorphisms and dose of antipsychotics.3 Unfortunately, due to numerous correlations and interconnections among these, it is difficult to understand the individual weight of each factor. Furthermore, although cognitive remediation is described as a single intervention, there are multiple dimensions that may distinguish one approach from another, making it difficult to compare results of different studies.3 Currently, he explained, one barrier to treatment that psychiatrists face is the lack of understanding of the critical elements of the intervention and the relative effectiveness of training techniques and approaches.

To overcome this problem, a working group of experts has recently identified four techniques as core features of cognitive remediation, namely: facilitation by a therapist, cognitive exercise, procedures to develop problem-solving strategies and procedures to facilitate transfer to real-world functioning.4 According to the authors, these core elements should be considered when developing, implementing, and reporting cognitive remediation.4 To better understand how to implement cognitive remediation into daily practice, a pilot study has been carried out to investigate the feasibility and effectiveness on clinical and real-world outcomes. The integrated treatment protocol of this study was composed of stable pharmacological treatment, computer-assisted cognitive remediation and social skills training provided in a rehabilitation centre.5 According to the results, significant improvement in positive, negative and total symptoms measured by the Positive and Negative Syndrome Scale (PANSS), as well as in global clinical severity and real-world functioning outcomes was observed.5 In Professor Vita’s opinion, this provided evidence that an integrated, evidence-based treatment program can be feasible and effective in a real-world rehabilitation context, and that similar interventions could be implemented in everyday clinical practice.

In conclusion, Professor Vita emphasized that there are still several challenges in the implementation of cognitive remediation programmes, hence there is a need to promote knowledge and awareness about different systems of management and funding of psychosocial rehabilitation in real-world settings. Lastly, specific pathways for patients should be designed and implemented with the aim of overcoming personal, social, organisational and political barriers that hinder evidence-based treatments for patients and their families.

Cognitive Remediation in Subjects at UHR for Psychosis: Is This the Right Time?

The second lecture of the symposium was delivered by Professor Nordentoft, Professor of Clinical Psychiatry at University of Copenhagen, who posed the question of whether cognitive remediation therapy should be offered for patients at ultra-high risk (UHR) for psychosis. She began her presentation by showing that transition rates in persons with UHR are quite high, meaning that more than one-third of patients develop psychosis in a 3-year time-frame.6

Professor Nordentoft then presented some of the unpublished results of a randomised trial called ‘Function and Overall Cognition in Ultra-high risk States’ (FOCUS), which aimed to evaluate whether cognitive remediation is superior to standard treatment in improving cognitive functioning in UHR individuals.7 In this trial, after randomisation, patients underwent a battery of assessments at 6 and 12 months that included the Brief Assessment of Cognition (BACS), among others. The cognitive remediation therapy consisted of 20 group (n=73) and 12 individual sessions. Overall, there was no significant difference in the primary outcome or in any of the secondary outcome measures such as overall functioning, negative symptoms, general symptomology and depressive symptoms.7 She did however note that there was poor adherence to the programme, which could explain the lack of efficacy of treatment.7

At the end of the presentation, Professor Nordentoft concluded that additional studies are needed to assess the feasibility and efficacy of comprehensive cognitive remediation therapies in UHR individuals. However, the preliminary findings confirm that there is generally low patient engagement in cognitive remediation trials in UHR patients, suggesting that interventions to overcome this problem are necessary.

The third lecture of the symposium by Rafael Penadés, Associate Professor at the Hospital Clínic de Barcelona, focused on the biological correlates of cognitive remediation therapy in schizophrenia. He opened his presentation by overviewing data on the effects of cognitive remediation therapies on brain functioning as evaluated using neuroimaging procedures such as magnetic resonance imaging (MRI), positron emission tomography (PET) and single photon emission computed tomography (SPECT) in patients with schizophrenia.8 Although there is considerable heterogeneity among studies, neuroimaging assessments of cognitive remediation in patients with schizophrenia suggest a positive effect on brain functioning in terms of the functional reorganisation of neural networks.8 The most commonly reported changes are those involving the prefrontal and thalamic regions, in agreement with the hypofrontality hypothesis, which proposes that frontal hypoactivation is the underlying mechanism of cognitive impairments in schizophrenia.8

Professor Penadés pointed out that patients who receive cognitive enhancement therapy demonstrate significantly greater preservation of grey matter volume over 2 years in brain areas related to memory, cognition, and emotion regulation compared with those who received enriched supportive therapy.9 Cognitive enhancement therapy is an integrated approach to the remediation of cognitive impairments in schizophrenia that utilizes computer-assisted neurocognitive training and group-based social-cognitive exercises, compared to enriched supportive therapy which is an illness management approach that provides psychoeducation and teaches applied coping strategies.9 Thus, cognitive enhancement therapy may offer protective and enhancing effects from a neurobiological perspective in early schizophrenia that in turn are associated with improved long-term cognitive outcomes.9

Professor Penadés then showed how the activation pattern of the different brain circuits changes in patients exposed to cognitive remediation therapy; a tendency towards similar patterns that can be observed in healthy controls.10 In terms of white matter, an increase in the fractional anisotropy index in the anterior part of the genu of the corpus callosum can be observed.8 He emphasized that this may open up the possibility that the improvement in brain functioning detected after cognitive remediation therapy in schizophrenia patients arises as a result of an increase of the interhemispheric information transfer between the bilateral prefrontal cortexes via the corpus callosum.10 Additionally, a resting-state fMRI study has further shown that there are similar connectivity patterns between patients undergoing cognitive remediation and healthy controls in the sensorimotor network.11

Lastly, Professor Penadés showed the available data on one of the biomarkers of schizophrenia and neurocognitive functioning, brain-derived neurotrophic factor (BDNF). In particular, higher levels of BDNF expression corresponded to better performance on reasoning/problem-solving tasks in people with schizophrenia.12 Indeed, since serum BDNF levels are significantly increased in clinically stable subjects as well as in chronically ill schizophrenia patients after neuroplasticity-based cognitive training, serum BDNF levels may serve as a peripheral biomarker for detecting effectiveness of intensive cognitive training.13 Professor Penadés then concluded that while these results are promising, additional studies are needed to confirm this hypothesis.

Cognitive Remediation in the Era of New Technologies: Applications, Benefits, Limitations and Innovations

Dame Til Wykes, Professor of Clinical Psychology and Rehabilitation at King’s College London, held the last presentation of this symposium. At the beginning of her talk, she said that it is now clear that the need for digital tools in mental health is more than just adding a scale to existing models of care. Rather, she illustrated, digital innovation is needed at every stage of treatment, to rethink and redesign 1) what is delivered, 2) how it is delivered, 3) who it is for and 4) how we know if it works.

Professor Wykes then presented data about the use of computer-assisted cognitive remediation (CACR), expounding how this technique is an economical, flexible and effective treatment for individuals with schizophrenia. This was looked at in a randomised controlled study that examined whether an individualised or generic exercise plan in CACR is superior in 59 patients with multiple cognitive deficits compared to treatment-as-usual (TAU).14 According to the results, which indicated a medium to large training effect for all neuropsychological performance measures, self-reported depression, global level of functioning, and activity and participation functioning showed significant improvement.14 Professor Wykes then presented the results of another trial with 79 schizophrenia patients who were randomly assigned to 40 hours of either auditory or visual computerised training.14 Interestingly, those who received the visual training showed significant improvements in global cognition compared to those who were in the auditory training group.15 Moreover, the study found that visual training significantly improved attention, reasoning and problem-solving, while auditory training improved only reasoning and problem-solving.15 This provided good evidence that visual training and auditory training are efficient to differing degrees in remediating cognitive deficits and symptoms.

Professor Wykes then continued by presenting the conclusions of a working group of experts, who stated that cognitive remediation is now widely recognised as an effective treatment for cognitive deficits in schizophrenia, with effects that are meaningful, durable and related to improvements in functional outcomes.16 The core techniques of cognitive remediation should feature facilitation by a therapist, cognitive exercise, procedures to develop problem-solving strategies and procedures to facilitate transfer to real world functioning.16 In this regard, she showed data demonstrating that therapist support significantly benefits cognitive remediation compared to independent approaches, with working and verbal memory domains being among the most influenced.17

In conclusion, greater engagement is needed since many patients may not receive an adequate number of sessions of training, with high drop-out rates.18 Professor Wykes believes that the treatment must be perceived as useful and enjoyable, and that in order to achieve this, health services and treatments should offer evidence-based benefits and take precautions against unintended consequences of the use of new technologies, while attempting to reduce digital disparities.