The session ‘Early Intervention in Psychoses: Assessment and Treatment to Improve Functional Outcomes’ moderated by Professors Armida Mucci and Andrea Raballo at EPA 2021 Virtual aimed to address two important components of early intervention: timely assessment and adequate treatment. To do this, the speakers of the symposium, Professors Merete Nordentoft, Anne Thorup and Elmārs Rancāns discussed why early detection and the alleviation of negative symptoms are crucial as well as what are the best approaches when it comes to polypharmacy. 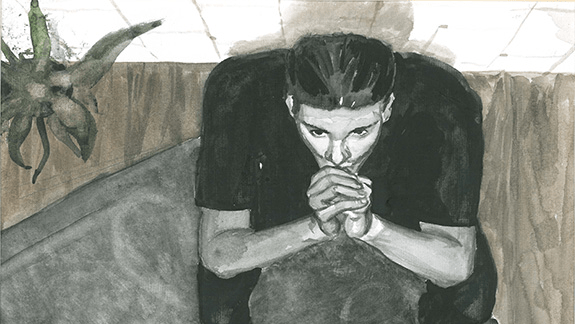 Early detection and intervention is crucial in negative symptoms

Armida Mucci, Professor of Psychiatry at University of Campania, began her session entitled “Prediction of Drop-out and Functional Impairment in Recent-onset Schizophrenia Spectrum Disorders” by highlighting the importance of negative symptoms in schizophrenia as they are associated with worse functional outcomes. Negative symptoms are regarded as a reduction of normal functions either related to motivation and interest, such as avolition, anhedonia, and asociality, or to expressive functions such as blunted affect and alogia.1 Additionally, they can be primary or secondary, and persistent or transitory, which complicate their detection and diagnosis further.

After this introduction, Professor Mucci turned the focus to persistent negative symptoms (PerNS), which represent an alternative approach for assessing negative symptoms in the context of clinical trials. According to Buchanan, who shaped this approach, PerNS are defined by the presence of negative symptoms of at least moderate severity with a pre-defined threshold of positive symptoms, depression, and extrapyramidal symptoms as measured by any of the accepted and validated rating scales.2 In addition, the persistence of the above described symptoms should be for at least 6 months.2 The differentiation between persistent versus non-persistent negative symptoms is important, Professor Mucci pointed out, because according to the European First Episode Schizophrenia trial,3 patients with PerNS differ from those without; they might experience longer duration of untreated psychosis, are more frequently discontinuing their treatment, have poorer psychopathological outcomes as well as worse global functioning after 1 year of treatment.

In continuing her presentation, Professor Mucci further emphasized that in first-episode patients, negative symptoms are difficult to assess. Frequently, there is almost a universal failure to distinguish primary from secondary negative symptoms, and persistent from transitory, although about half of patients have at least one negative symptom and one-third have unconfounded, primary negative symptoms.3 These symptoms are associated with worse psychosocial functioning, longer duration of psychosis, poor clinical outcome, and resistance to antipsychotic treatment, including clozapine.3 Therefore, detection and early treatment of these symptoms is of utmost importance.

Professor Mucci concluded her presentation by talking about the OPTiMiSE trial which examined treatment algorithms for first episode patients, with the focus on when to switch to clozapine. The trial concluded that “clozapine should be used after patients fail a single antipsychotic trial and not until two antipsychotics have been tried, as is the current recommendation”.4 From this trial, she stressed that in most patients in the early stages of schizophrenia symptomatic remission can be achieved using a simple treatment algorithm comprising the sequential administration of amisulpride and clozapine.

Professor Mucci also highlighted that negative symptoms of moderate severity are observed in the majority of subjects at baseline, and are associated with worse psychosocial functioning and longer duration of psychosis.5 She also clarified that the presence of short-term PerNS during the first phases of psychosis has been further associated with poor clinical outcome and resistance to antipsychotic treatment, including clozapine. Thus, these data may have clinical implications for interventions that specifically target negative symptoms.

The Need to Treat Negative Symptoms in Early Intervention

In the next lecture, Merete Nordentoft, Professor of Clinical Psychiatry at the University of Copenhagen, began by explaining that negative symptoms are challenging for both patients and their relatives since these symptoms are more difficult to grasp and comprehend, but also because outcomes for positive and negative symptoms are different. While positive symptoms show a general pattern of reduction and stabilisation over time, negative symptoms typically show less variation over 10 years.6,7 To support this notion, Prof Nordentoft presented data from the Danish OPUS trial. The aim of the OPUS trial was to look at the course of positive and negative symptoms and find trajectories based on structured clinical assessments collected over 10 years in people with first episode psychosis. The ultimate goal was to help clinicians to develop effective interventions and to improve treatment outcomes based on the results. According to the outcomes of the trial that also evaluated the effects of assertive specialised psychiatric treatment vs. treatment as usual, specialised early intervention can be efficient in treating patients with a first episode of psychosis.6,7

At the end of the session, Professor Nordentoft emphasized the importance of scales for the diagnosis of negative symptoms and pointed out that a new EPA guideline is on its way, with recommendations for assessment tools.8 Importantly, the guidance states that summary scores or subscale scores aiming to assess negative symptoms should only consider core negative symptoms (avolition, anhedonia, asociality, blunted affect and alogia). This specifically applies to sub-scores of older scales such as the PANSS, SANS and BPRS. In fact, it is recommended for these older scales to be complemented with second-generation scales for negatives symptoms such as the Brief Negative Symptom Scale (BNSS) and the Clinical Assessment Interview for Negative Symptoms (CAINS) in future clinical trials.

Assessing children with a parent with psychiatric illness

Assistant professor Anne Thorup, specialist in child and adolescent psychiatry working at University of Copenhagen, began her presentation “The Danish High Risk and Resilience Study: VIA 7, 11 and 15” by stating that growing up with a parent with a psychiatric illness may place children at greater risk for developing a mental health problem of their own since these parents may not always be available when needed and Children may thus experience dangerous events that other peers may not.

Professor Thorup continued her lecture by presenting longitudinal data from the same study from when the children were 11 years old (VIA 11).11 At 11 years old, the proportion of children with a mental health disorders increased in all groups, but with the differences seen in VIA 7 remained. In addition, more children with a schizophrenic or bipolar parent experienced trauma compared to controls.

Finally, Professor Thorup noted that the study is still ongoing and will assess the same children at age 15 (VIA 15) from April 2021 to March 2024. She thus believes that the VIA study is providing unique and valuable information about children with mentally ill parents.

Antipsychotic polypharmacy is a real-life reality

The last lecture of the symposium was presented by Elmārs Rancāns, Professor at the Department of Psychiatry and Narcology, Faculty of Medicine, Riga, who pointed out that the majority of guidelines recommend antipsychotic monotherapy over polypharmacy as the standard of care.12 Nevertheless, prescribing patterns in real life show that around 20% of patients are receiving antipsychotic combinations, with a first-generation agent together with a second-generation agent preferred in almost 60% of cases.13 Combinations however are associated with higher rates of non-adherence; compared to monotherapy, non-adherence increased significantly with the number of co-prescribed antipsychotic drugs (1.69-fold for two, 2.60-fold for three and 3.54-fold for four or more, respectively).14 Additionally, real-world effectiveness of antipsychotic monotherapy is superior to polypharmacy for sustained long-term treatment.15

On the other hand, Professor Rancans explained, according to a large cohort study of 62,250 patients, antipsychotic polypharmacy was associated with a 7% to 13% lower risk of psychiatric rehospitalisation compared to monotherapy.16 Combining a dopamine partial agonist with clozapine was associated with the lowest risk of rehospitalisation, indicating that certain types of polypharmacy may be beneficial in the treatment of schizophrenia. Professor Rancans concluded his talk by mentioning that antipsychotic polytherapy is a real-life reality, and monotherapy and polytherapy both have their own advantages and disadvantages. As a closing remark, he stated that clinicians should be thoughtful when starting combination therapy and assess each patient and their needs on an individual basis.