There is mounting evidence that experiencing a traumatic situation during childhood increases the likelihood of having a psychotic episode during adulthood, according to research discussed during a symposium at the 33rd European College of Neuropsychopharmacology (ECNP) Congress, held online 12–15 September 2020.

Such experiences, be they emotional or physical, appear to have a pathological effect on the developing brain and researchers are trying to figure out what neurodevelopmental changes occur and how these go on to affect the development of psychotic illness in later life. 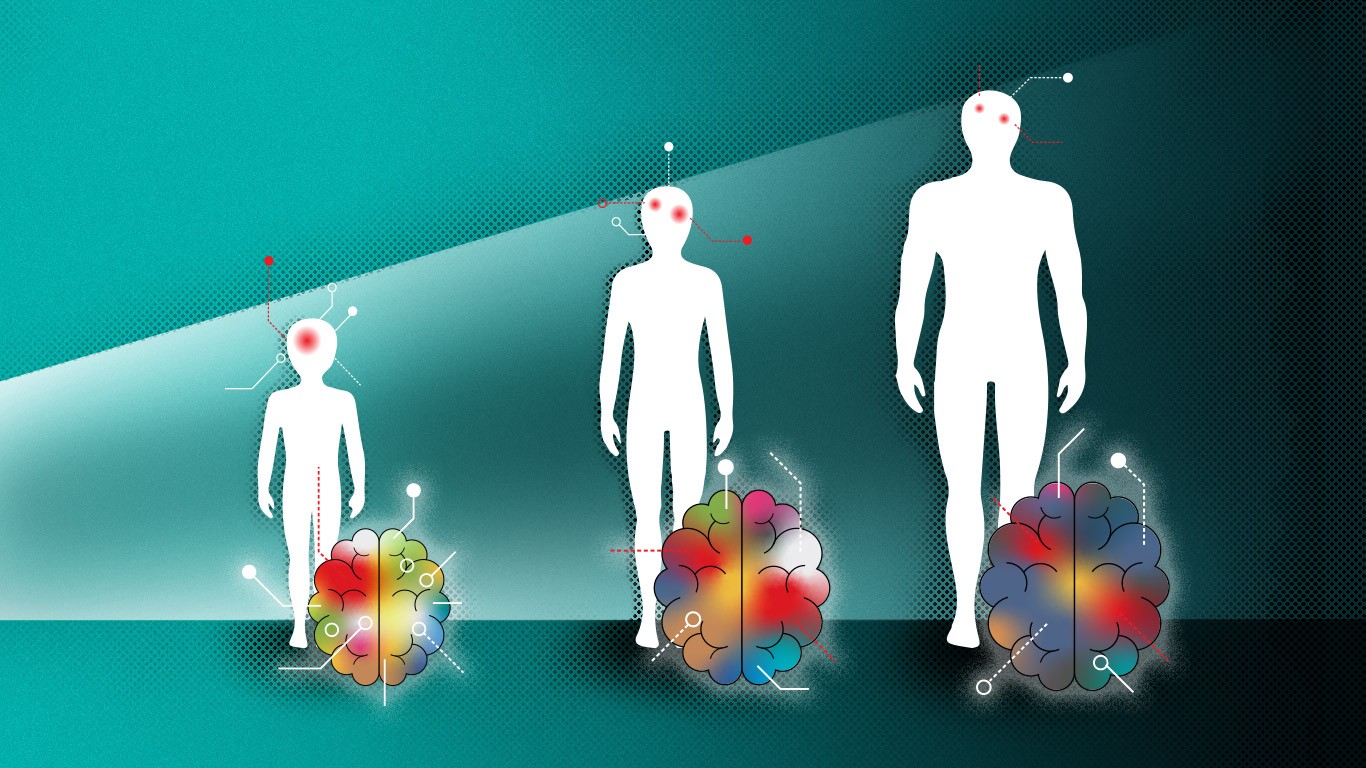 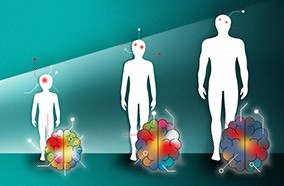 Childhood trauma may increase the likelihood of having adult psychosis.

Early adversity and the risk for psychotic episodes

It is time for psychiatrists to think more about the early prevention of psychotic episodes than just treating them at a late stage, Mary Cannon, Professor of Psychiatric Epidemiology and Youth Mental Health at the Royal College of Surgeons in Ireland Department of Psychiatry in Dublin, advocated during her presentation.

“We cannot continue to ignore the example set by other medical fields, such as cardiology and oncology, particularly because the dividends of prevention are potentially much greater for mental health than for physical health,” Prof. Cannon and her clleague Colm Healy recently wrote in an editorial published in the American Journal of Psychiatry.1

Prof. Cannon’s interest in the potential of preventing later mental ill health by tackling adversity early on in life was sparked by a study that showed that self-reported psychotic symptoms at the age of 11 years predicted a very high risk of being diagnosed with a schizophreniform disorder by 26 years of age.2 Not only that, but also among adults with a mental health disorder, almost three quarters had received a diagnosis before the age of 18, and half before the age of 15 years.3 This implies that up to half of adult mental illnesses could be prevented by effective intervention in childhood.

The prevalence of psychotic episodes tends to decrease with age, Prof. Cannon observed. However, whether they are transient or persistent they lower people’s functioning and are linked to multiple psychiatric diagnoses, self-harm, suicidal thoughts and suicide attempts.

Childhood trauma or early adversity is one of several risk factors linked to psychotic episodes. If the trauma itself cannot be prevented, there are mediating factors that might help. Indeed, there are data to suggest that improving self-esteem, having a good parent-child relationship or secure relationship with another trusted adult, and interventions to reduce bullying at school are beneficial.

One of the people looking into what happens to the brain during adult and early life stress is Paul J. Lucassen, Professor of Structural and Functional Plasticity of the Nervous System at the Swammerdam Institute for Life Sciences, University of Amsterdam in The Netherlands. His research focusses on the molecular, hormonal, pharmacological and environmental regulators of brain plasticity, stem cells and neurogenesis and how these might influence disease vulnerability. If the mechanisms of brain plasticity can be understood then maybe these can be modulated, he observed.

Prof. Lucassen’s team has a lot of interest in neurogenesis, which is a structured and well-regulated process but also one that is sensitive to stress. Neurogenesis is the process by which new neurons are formed in the brain. It is crucial when an embryo is developing, but it continues in certain brain regions throughout the lifespan. Prof. Lucassen’s work has recently focussed on neurogenesis in the hippocampus and how new neurons integrate into the brain’s neuronal network. Although debated in the past, it’s now becoming accepted that this process continues throughout life and is correlated to hippocampal function.4

While neurogenesis can be stimulated by exercise or an enriched environment, the reverse is true for stress. Experiments that exposed rodents to very stressful environments, for example, have shown that this increases the level of stress hormones and that is linked to a striking decrease in neurogenesis. Removing the stress or using a glucocorticoid receptor antagonist, however, was able to reverse the detrimental effect on neurogenesis in these experimental murine models.

How does this link to disease? Reduced hippocampal volume has been linked to major depression and early life stress is a risk factor for depression, Prof. Lucassen pointed out. He showed evidence that early maternal deprivation in rodents decreased neurogenesis and that early life stress and early malnutrition could affect the risk for later cognitive deficits and psychopathology. Nutrition could be key, he said as investigations had shown that it might play an important role in protecting the brain from the effects of early life stress.

Oxidative stress and neuroinflammation may also be very important, as Daniella Dwir, a neurobiologist and senior researcher at the Center for Psychiatric Neuroscience, Lausanne University Hospital, Switzerland, discussed.

Dr. Dwir and colleagues are interested in the pathophysiology of schizophrenia. They have discovered a mechanism involved in early brain development that causes a dysregulation of oxidation and reduction (REDOX) that causes microcirculatory impairments. These impairments specifically seem to affect the parvalbumin fast-spiking interneurons leading to an excitory/inhibitory (E/I) imbalance. This in turn
may lead to decreased neuronal synchronisation and impaired cognition.

The age of exposure to oxidative stress and neuroinflammation could be important, Dr. Dwir observed. Individuals who carry a genetic vulnerability appear to have a higher risk to develop psychosis if they experienced some environmental insults during the sensitive periods of brain development. Environmental insults could be an infection, but also some traumatic events or psychosocial stress.

Thanks to magnetic resonance spectroscopy, Dr. Dwir said, a neuroinflammation-based proxy or blood marker of central E/I imbalance had potentially been found. One of the promises of this work is that it could pave the way for early detection and monitoring treatment efficacy in psychosis in schizophrenia.

Over the past decade, there has been emerging and converging evidence that the association between developmental trauma and psychosis meets Bradford Hill criteria for causation.5,6 This includes the strength and consistency of the association, its temporal nature in that it can predict the likelihood of psychotic episodes, and that there is a biological gradient or dose-response effect, said Dr. Bloomfield, who is also a Consultant Psychiatrist at the Traumatic Stress Clinic in London and the National Hospital for Neurology and Neurosurgery, Queen Square.

It is not fully understood exactly how developmental trauma induces vulnerability to psychosis. There are biologically plausible underlying mechanisms but these are still being worked out as the other presentations in the symposium had shown, he said.

Several things are clear, however, such as adult survivors of developmental trauma with psychosis were more likely to suffer from severe illness compared to those who had no such experience. They were also more likely to have an impaired response to standard treatments, more chance of repeated hospitalisation and to engage less well with psychiatric services. The population attributable risk from developmental trauma has been estimated at about 30%, Dr. Bloomfield said.

There are also some clues from studying the treatments that work in these patients, Dr. Bloomfield suggested.7 This includes interventions that target emotion regulation, attachment and social cognition, memory processing, and dissociation. Key regions of the brain that seem more susceptible to the effects of childhood trauma are the hippocampus – especially early on in life, the amygdala during the pre-pubertal years, and the grey-matter volume of the pre-frontal cortex in adolescents.

In terms of pharmacology there is very good evidence that the dopamine system is going to be involved, Dr. Bloomfield said. Indeed, there is evidence that developmental stress can result in long-term changes in dopaminergic function, which persists into adulthood.

Furthermore, as yet unpublished findings from the IMPACT study, which Dr. Bloomfield is leading, suggest that those with developmental trauma have an attentional bias towards threatening emotional stimuli and impaired reinforcement learning.

Concluding, Dr. Bloomfield said there was evidence that developmental trauma is associated with altered predictive threats and memory processing which were likely to be the neurocognitive mechanisms underlying this increased vulnerability to psychosis in adulthood.