Tailoring treatment to the needs of a specific individual with psychiatric illness is an important part of modern psychiatric practice and the use of ‘OMICS’ research promises to help refine this even further.

OMICS sciences, which include genomics, proteomics, and transcriptomics, are based on high-throughput technologies. They are being used across medicine and in psychiatry they are being used to better understand the heterogeneity seen between diagnoses and between individuals within those diagnoses.

An update on some of the OMICS research being conducted was discussed during a symposium at the 33rd European College of Neuropsychopharmacology (ECNP) Congress, held online 12–15 September 2020. In particular, how genomics is being used to explore potential targets for psychiatric drug development or repurposing their use across the spectrum of psychiatric disorders was discussed. 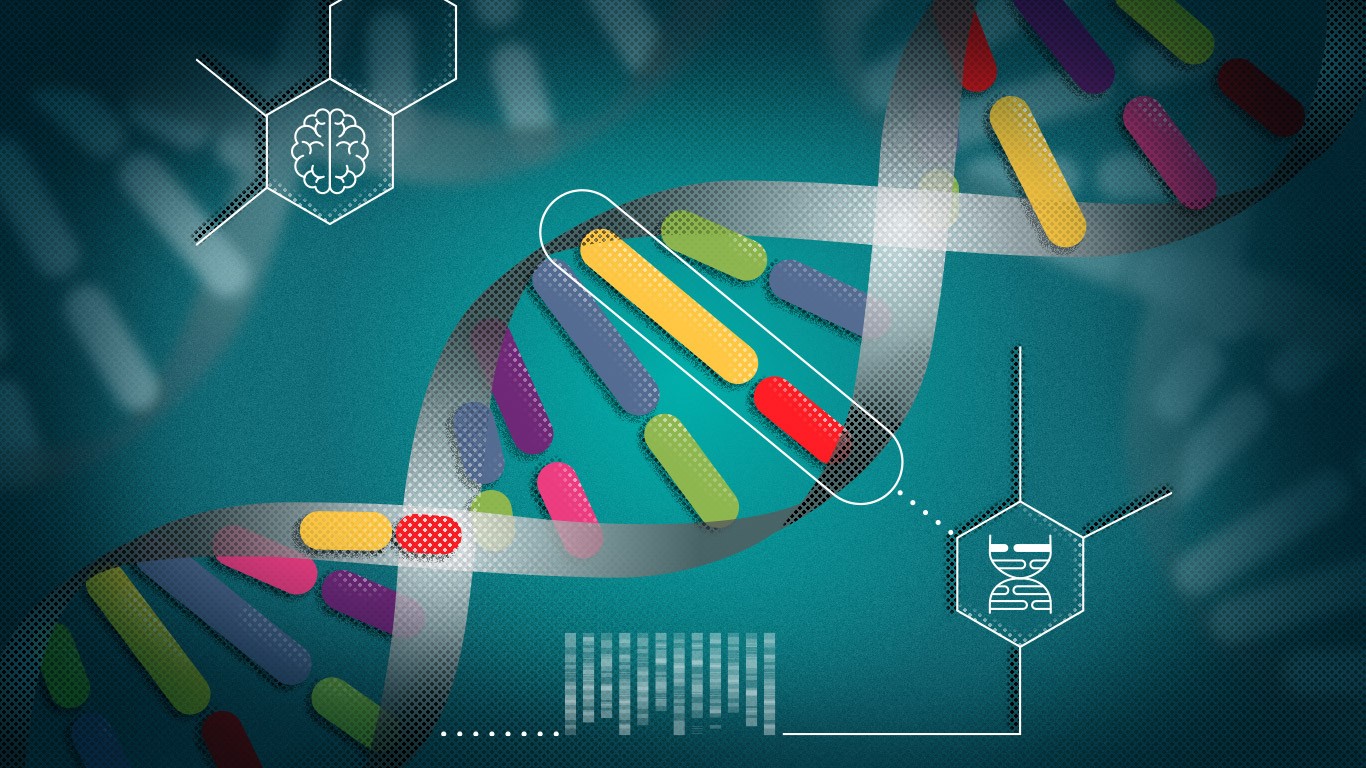 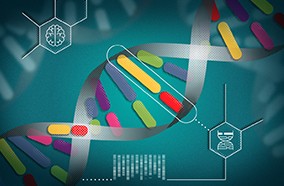 The use of OMICS research promises to refine personalised psychiatric medicine.

The promise of psychiatric genetics

The central idea underpinning psychiatric genetics is to convert genetic risk factors into biologically, clinically, and therapeutically meaningful insights, noted Gerome Breen, who is Professor of Psychiatric Genetics at King’s College London in the UK.

The findings from genome-wide association studies (GWAS) have the potential to reveal fundamental biological mechanisms that would not have been otherwise discovered, Prof. Breen said. Ultimately the goal was for these findings to not only inform clinical practice but also to help with more rational drug discovery – uncovering new therapeutic targets and helping to reposition the use of existing drugs.

Schizophrenia – a model of success

Prof. Breen has been actively involved in a number of large-scale efforts to better understand the genetics of psychiatric disorders for many years. Notably, he is an active member of Psychiatric Genomics Consortium (PGC), an international group of more than 800 researchers working in over 150 institutions in more than 40 countries, where he co-chairs the working group on eating disorders.

As an example of how successful GWAS has been in identifying genetic associations linked to a specific psychiatric disorder, Prof. Breen noted that around 270 significant loci had been found in schizophrenia to date after studying around 67,000 cases.

How pathways are tested for genetic association

To test a biological pathway for a possible genetic association the following usually occurs:

Gene-based analysis ­– the GWAS may reveal that particular SNPs map to a particular gene and then analysis can be performed to see if there are sets of SNPs that associate together and if they then associate with a specific gene.

Gene-set analysis – SNP-set analysis is performed, using sets of genes as a unit of analysis. This can be flexible, with target genet-sets/pathways or all known gene-sets pathways being investigated.

Testing biological pathways in this way is useful because it may help explain how a system is being altered. It may also pick up features that could potentially be targeted by a drug. Another approach is to use information from drug-binding and drug-gene expression databases to see how existing sets of genes may be affected by a drug treatment.

This is all done using software known as MAGMA (Multi-marker Analysis of GenoMicAnnotation),1 Prof. Breen explained, which takes the p-values on SNPs from a GWAS and converts them into a gene-based p-value, and then into (drug) gene-set p-values.

Example of a drug-gene set analysis

Prof. Breen discussed examples of drug-gene set analyses in schizophrenia. One of these used the PGC2 SCZ test set which includes data from 35,476 cases and 46,839 controls and identified 97 genome wide significant sites. Although it contains almost 100 significant genetic sites, the PGC2 SCZ dataset probably contains less than 10% of the hits that will ultimately be associated with schizophrenia.

Restricting analysis to known druggable targets resulted in around 68 different hits. These included druggable targets that were very interesting, Prof. Breen said, such as gene-sets associated with potassium channels, calcium channels and cholinergic receptors. There were also a lot of genes that were perhaps not so interesting, such as those targeted by anti-cancer drugs.

One of the recent studies conducted in Prof. Breen’s lab looked to see how efficient GWAS was at identifying drugs already used to treat a disorder.2 To do this, they developed a methodology that took the gene sets for each known drug and ranked them against each other to produce an area under the curve value.

They then applied this methodology to previous genetic association studies that had been conducted in schizophrenia, starting with the large (~35,000 cases) PGC2 SCZ data set. This showed that the methodology produced an AUC of 82% for identifying known antipsychotics used to treat schizophrenia.
The AUC was lower for smaller (~9–13,000 cases ) genetic association studies, at around 50-64%. This shows that the sample size matters for druggable target discovery, Prof. Breen said.

Better use of sequencing data is likely in the next year or so as much larger reference datasets become available, he observed. In particular, Trans-Omics for Precision Medicine (TOPMed), a resource of over 60,000 whole genomes, will enable psychiatric geneticists to do imputation for rarer genetic variations in their GWAS data and increase the ability to detect relevant functional variations.