In this LIVE session at the 29th Annual EPA Virtual Congress 2021, Professor Mario Maj, Professor of Psychiatry at the University of Naples, presented his research on psychosis management. The event was moderated by Professor Andrea Raballo, associate Professor of Psychiatry at the University of Perugia. Aiming to address the shortcomings of current management strategies and to identify ways to tackle them, Professor Maj explained why he sees personalised, individual management as the way forward in primary psychosis care.

Primary psychoses represent a wide range of complex, heterogenous disorders; yet their management tells a different story. Assessments, diagnoses and prescribing habits have become entrenched in stereotypes in such way that little space exists for the individual needs of patients to be addressed.1 Yet these individualities exist, and frequently have significant impacts on outcomes and progression. In order to improve the management landscape for this vulnerable population, Professor Maj believes, we must learn to take a more personalised approach to primary psychosis. 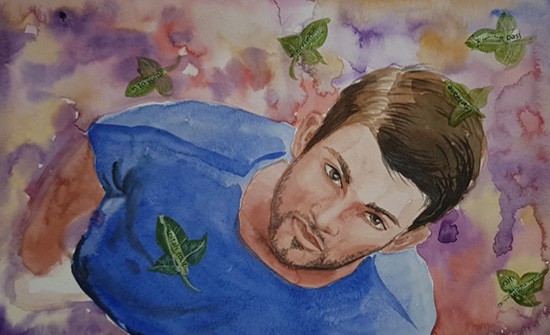 A slippery slope from diagnosis

Professor Maj began his lecture by introducing the current state of management of primary psychosis. At present, the management of primary psychosis is remarkably impeded by oversimplification. Diagnosis and treatment are often stereotyped and chosen by rote, with little room for individualisation. During diagnosis, primary psychosis includes a range of psychotic disorders that are not due to substance abuse nor medication and are not secondary to another mood disorder.1 In some cases, as Professor Maj stressed, any primary psychosis is referred to as schizophrenia, while in reality, only 45% of primary psychoses would be diagnosed as such, demonstrating a clear short-coming in the ability to distinguish between the different conditions.1,2 Indeed, the most common causes of psychotic disorders are underlying medical conditions and substance misuse.3

When it comes to developing a clear management plan, a diagnosis alone may not be adequate to formulate the most efficient strategy. Patients with the same diagnosis may present with wildly different symptoms; one with minimal cognitive and functional impairment and episodic psychosis would have very different needs from another with prominent positive symptoms and marked cognitive impairment, despite receiving the same diagnosis. Professor Maj highlighted that while many clinicians may be aware of this need, there is a lack of a clear system to direct this reliably, and the fragmented nature of the diagnostic pathway is not unlike that described as far back as the 1970s.

Unique symptom profiles should be assessed

Professor Maj continued his talk by identifying that in order to develop a personalised management plan, many domains should be considered when diagnosing a patient with primary psychosis.1 In a nutshell, this includes positive and negative symptoms and their severity, disease onset and course, neurocognitive processes, social functioning, quality of life and others.1 Symptoms within these categories can be present in unique combinations in each patient, with differing impairments depending on a myriad of factors. Moreover, disease course and onset can have further implications on the type of management required.

For many primary psychosis patients, neurocognitive abnormalities have a significant impact on functioning, but these impacts vary heavily between individuals. To properly understand these differences, the Specific Levels of Functioning Scale (SLOF) has been shown to be an effective and simple tool to support the development of a personalised treatment plan for cognitive dysfunctions.1

Nevertheless, Professor Maj emphasized that many of these domains may not be considered adequately during a real-life clinical assessment. He argued that clinicians may not incorporate standard assessment instruments in their routine practice which may mean patients do not receive the right diagnosis and treatment.1  This highlights the necessity of taking a wider view of the way primary psychosis presents itself and the areas it impacts.

In the second half of the talk, the existence of unmet needs was considered in people with primary psychosis. These shortcomings demonstrate the lack of effective management strategies that are in place in current clinical settings. Individuals report a broad range of practical, social and emotional needs involving basic necessities like housing, daytime activities, hobbies, education, social relationships, security and employment.1 For patients, the most important needs aside from societal participation, is the restoration of perspective and a sense that life is meaningful (existential recovery).

In this regard, the Camberwell Assessment of Need (CAN) scale is a widely used and valuable instrument to assess the needs of people with severe mental illnesses.1 In addition, patients would benefit from an integrated recovery-oriented treatment model that is designed to enhance personal values surrounding health, wellbeing and social inclusion. This could be achieved by increasing access to evidence-based psychosocial interventions, such as family interventions and employment programmes, and adapting them to the specific needs of the patient.1

Taking a holistic view of health

Importantly, research in recent years has shown that people with primary psychosis suffer excess morbidity and mortality from physical conditions, particularly from cardiometabolic diseases.1 This leads to a drastically reduced life expectancy and poses a significant problem which has been scarcely addressed.1 While this may in part be caused by side-effects of antipsychotic medications, an increased risk of unhealthy lifestyle behaviours furthers the chance of physical complications and the development of different physical disorders.

Indeed, even in high-income countries, the screening, assessment, and management of physical health aspects in people with primary psychosis remains poor and there is a clear need for physical health considerations when choosing the right antipsychotic medication.1 In addition, individual lifestyle counselling and psychoeducation interventions can also be utilized to promote a healthy lifestyle as a first-line strategy for the prevention and management of comorbidities.

A prominent finding in the field of primary psychosis has been the notion that adverse events in childhood act as a risk factor for developing a mental health condition later in life.1 For instance, childhood sexual abuse is linked to several psychiatric problems such as depression or substance misuse, or even to other physical and mental health conditions which in turn increase the risk for psychosis.1 Despite these findings, assessing these events is highly challenging and treating them is even more difficult. A probable treatment option is trauma-focused psychotherapy that is tailored to the needs of individuals, which can reduce some of the emotional burden presented by psychosis.1

Moreover, as explained by Professor Maj, internalised stigma can be a huge source of negative feelings too.1 Defined as “the devaluation, shame, secrecy and withdrawal triggered by applying negative stereotypes to oneself”, higher internalised stigma has been shown to be associated with lower quality of life and lower levels of social functioning.1  While it may often be a consequence of discrimination from others, healthcare providers need to recognise that internalised stigma is likely to be common and disabling in primary psychosis patients, particularly those with schizophrenia.1

Professor Maj finished his talk by stressing the importance of an individualised management strategy to tackle the range of difficulties and symptoms experienced by primary psychosis patients. By basing the management on clinical characterisation of each individual rather than on just a diagnosis, a more rational choice can be made about treatment plans and various interventions to meet the patients’ practical, social and emotional needs.