Smartphone applications could be used to collect clinically useful data that can enhance clinical practice but their use is more research focussed at present. During the ‘Future of smartphone-based applications in psychiatry: from data acquisition to patient management’ symposium it was highlighted how these applications can collect real-time information in a familiar setting and could potentially be used to help diagnose, monitor and perhaps even treat individuals remotely. The latter has become even more relevant since the onset of the COVID-19 pandemic. 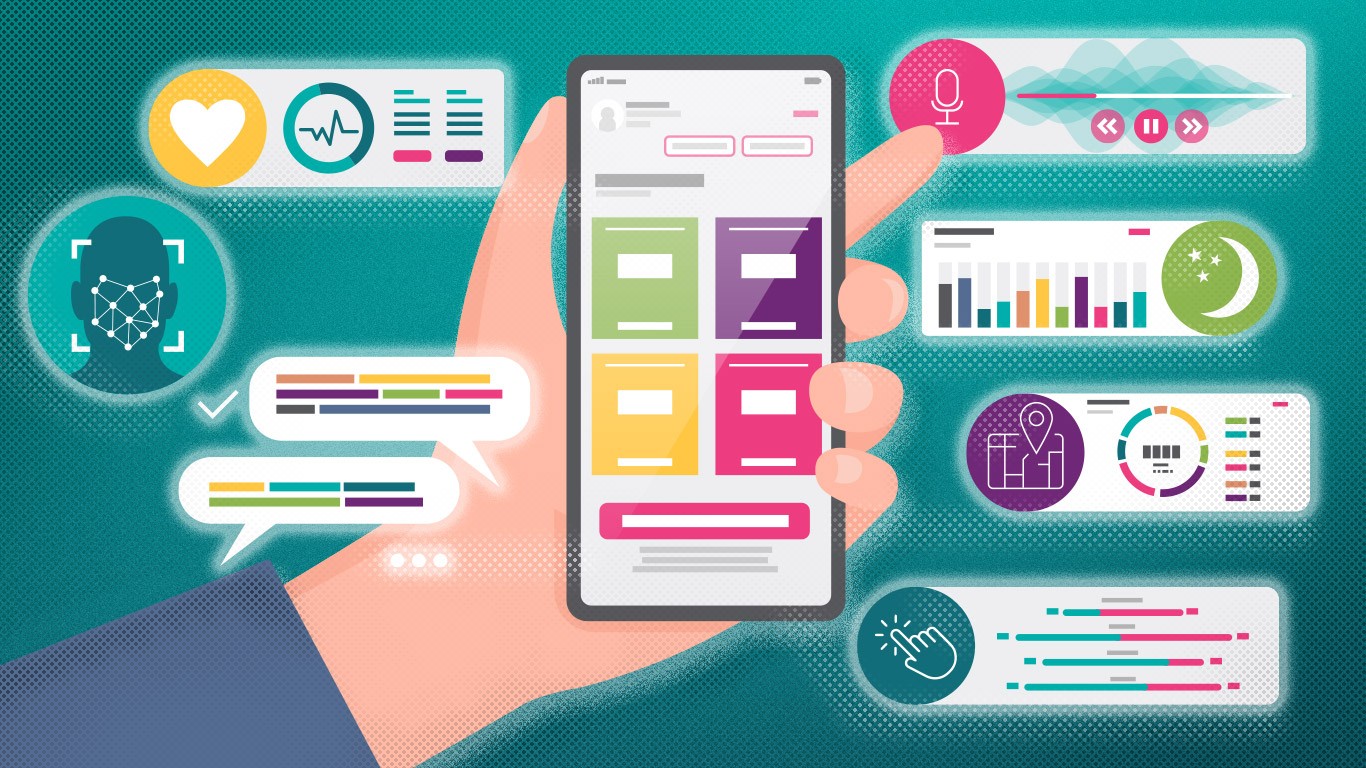 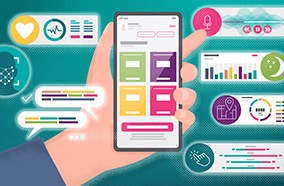 Smartphone applications could be used to collect clinically useful data.

Almost everybody has a smartphone these days, said Prof. Tim Hahn, who is Group Leader of AI Development at the Translational Psychiatry Lab of the University of Münster, Germany. The technology has improved so much that smartphones have greater computing power than an average satellite, and they are only getting faster, he observed.

Prof. Hahn noted that there are many things that a smartphone can do, such as measure someone’s steps and gait through integral accelerometers, where the person is at any given time via geolocation, and record voice samples and facial expressions through the microphone and camera. How someone interacts with a touchscreen can also provide information on the speed with which they type or scroll through information. Furthermore, app use can be measured in terms of duration and online activity can be recorded.

There are several thousand mental health apps available and several hundred that are tagged with terms such as depression, bipolar disorder, or suicide. The turnover of these apps can be fast, however, with half of search results in app stores changing in a few months, and an app being removed around every 3 days on average, Prof. Hahn said. He observed that to bring smartphone apps into the clinic they not only needed to be available but also they needed to remain relevant as individuals’ conditions changed over time, and that was a huge challenge.

Prof. Hahn is one of the researchers behind the Remote Monitoring Application in Psychiatry (ReMAP) app which measures depressive symptoms and has recently been validated against clinician-rated scores.1 ReMAP gathers information both passively and actively, he explained, adding that since December 2019, there are almost 1,000 people enrolled in their research project. Passive information collected includes that obtained from step counts and GPS locations, but subjects are also asked to complete weekly optional assessments. These include the subject recording a voice memo on how they have been in the past week. Sleep duration and affect are also actively monitored, and bi-weekly, the subject is asked to complete the Beck Depression Inventory (BDI).

One of the strengths of the ReMAP project is that it is not a single smartphone study, Prof. Hahn said. Data are ‘piggybacked’ on to a number of large-scale and established studies, such as the Marburg-Münster Affective Disorder Cohort Study and the Münster Neuroimage Cohort.1 This means that genetic, neuroimaging and psychometric data can be integrated with the smartphone-based measurements.

This is where machine-learning comes in and can be used to analyse all the data being collected and, in theory, help make predictions about the trajectory a person is going to from diagnosis or shifting diagnosis during treatment.

Luís Macedo, PhD, Assistant Professor at the Department of Informatics Engineering of the University of Coimbra, discussed the role of machine learning further. He noted that the role of artificial intelligence (AI) had potential to help clinicians diagnose, monitor and treat patients.

With regards to diagnosis, Prof. Macedo said that AI researchers were now starting to be able to use machine learning to identify people who were depressed from their interaction with social medial posts or by how they spoke. Facial recognition techniques and deep learning could be used to examine photographs for visual clues of mental illness, such as a raised eyebrow, smirking smile or averted gaze that can be characteristic of schizophrenia in some people.

AI and machine learning can help support mental health professionals, Prof. Macedo argued. Algorithms can analyse data much faster than humans, suggest possible treatments, monitor a patient’s progress and alert professional to any concerns. They do not replace the clinician of course but they could provide more accessible care to individuals 24/7 without waiting for an appointment. There is also the added advantage that some people may not feel comfortable talking to a clinician but would offer information more freely to an app, he suggested.

Differentiating between psychiatric disorders is another area that smartphone apps are showing promise, as outlined by Kate Saunders, DPhil, MRCPsych, FHEA, of the University of Oxford, UK.

Prof. Saunders is leading a team that is using mobile phones and wearable devices to generate digital phenotypes that will hopefully help inform psychiatric phenotypes and lead to new treatment targets. Part of this work included the prospective, longitudinal Automated Monitoring of Symptom Severity (AMoSS) study.3

The AMoSS study consisted of an outpatient sample of 52 patients with bipolar disorder, 30 with borderline personality disorder, and 50 healthy controls. Each participant was given a smartphone containing a bespoke app and completed daily mood assessments. They also wore movement sensing devices. Compliance was very high, Prof. Saunders said, with around 80% of participants completing the daily mood assessments for the required 3 months, and more than 60% continuing to do so for 12 months.

From research to practice

There are obstacles to overcome before smartphones become integrated into routine care. First of all they need to be regulated, said Prof. Macedo, and there are data collection and privacy concerns – people may not accept being monitored in their day-to-day lives. As AI tools are created, it is essential that there are protocols in place to make them safe and effective, and to build and train them with a diverse data set so that they are not biased toward a particular population.

The crucial thing is how to get the use of these smartphone apps into the clinic, observed Inez Myin-Germeys, a psychologist and Professor of Contextual Psychiatry at KU Leuven. Those that are being tested in clinical trials are perhaps not yet suitable for use in routine practice and while there are many mental health apps available to patients directly, these often disappear after a short time. She suggested that it was time to start thinking about doing implementation studies with the apps that were already available rather than keep developing new ones.

Smartphone apps could be used to encourage patients to be much more active participants in their treatment by helping them record data that can be used in their interactions with healthcare professionals. This is particularly useful for recording symptoms that can be highly variable from patient to patient, such as hallucinations, or that predict paranoia, such as levels of anxiety, Prof. Myin-Germeys suggested. From the clinicians’ perspective, this could help personalise treatment more specifically and aid shared decision making.