BEST OF 2019: ARTICLE OVERVIEW OF RESEARCH IN SCHIZOPHRENIA SPECTRUM DISORDERS

EPA 2020 – What’s new in the understanding and treatment of schizophrenia? To answer this question Pierre-Michel Llorca, professor of psychiatry at the University Clermont Auvergne (UCA) in Clermont-Ferrand, France, provided his pick of some of the best research articles that were published in the past year, in the symposium Best of 2019: Research that Advanced Psychiatry and Changed our Practice, a symposium held during the virtual 28th European Congress of Psychiatry. Prof. Lorca noted that the articles he had selected either represented a significant advance in knowledge or had the potential to change clinical practice.

During “Best of” sessions, speakers are challenged to summarise five papers in three slides to give a pragmatic and practical review of the latest important research in a given area. 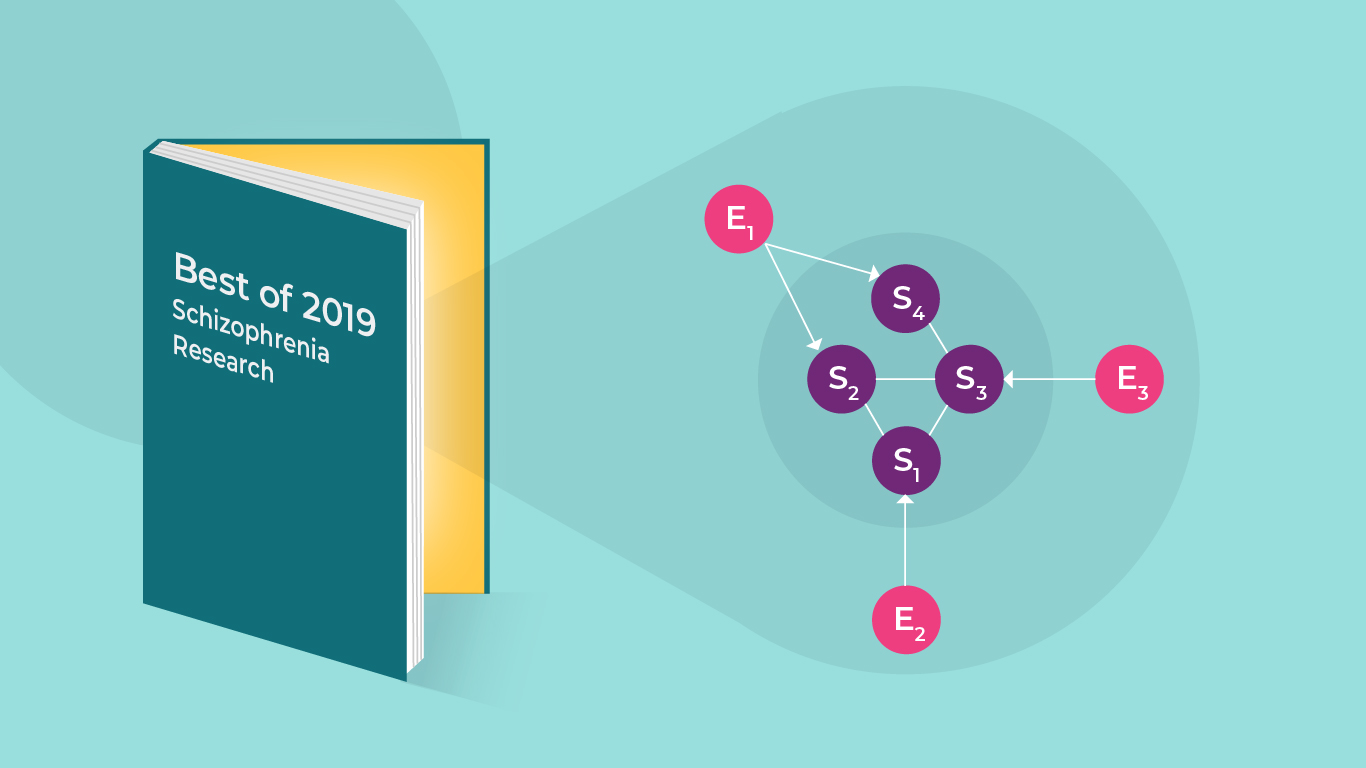 Prof. Llorca’s first choice of the literature was a paper by Natalia Jimeno (University of Valladolid, Spain) and associates entitled Main Symptomatic Treatment Targets in Suspected and Early Psychosis/ New Insights From Network Analysis.1 This is an interesting study, he said, because it is based on the network theory of mental disorders, which assumes that mental disorders arise from direct interactions between symptoms and are also influenced by external factors. It also assumes that if there are two disorders that there are bridging symptoms linking the two. 2

What Dr. Jimeno et al did was to use a network approach to look at the interrelations between symptoms in 460 patients seen at an early detection service for a first episode psychosis or depression. A dense network of highly interrelated symptoms was seen and several diagnostically relevant bridging symptoms were noted, including thought pressure, thought interference, quality of acoustic stimuli, non-grandiose delusions, hallucinations, and disorganised communication.1 Meaning that these could be important to target specifically as they may be involved in the possible exacerbation of the disorder, Prof. Llorca explained. So this was a practical paper that could help clinicians know what to look for when examining a patient, he added.

Psychotic Disorders and Cannabis Use

Prof. Llorca’s next choice was a paper published in The Lancet that looked at The Contribution Of Cannabis Use To Variation In The Incidence Of Psychotic Disorder Across Europe.3 This was an interesting paper because it looked not only at the incidence of psychotic disorders but also at the frequency and type of cannabis being used. The study was part of a large European investigation involving 11 sites. The authors, Marta Di Forti (South London and Maudsley NHS Mental Health Foundation Trust, London, UK) and collaborators found that the daily use of cannabis was associated with a three-fold higher risk of a psychotic disorder than never users. The risk was almost five-fold higher when high-potency cannabis, defined as a tetrahydrocannabinol (THC) level of 10% or higher, was used. 3

The study results demonstrated that the pattern and type of cannabis use were very strong independent predictors of the incidence of psychotic disorders, Prof. Llorca said. Given the increasing availability of high potency cannabis in some countries, this could have important implications for public health, he added.3

The Association Of Polypharmacy Versus Monotherapy With Psychiatric Rehospitalisation Among Adults With Schizophrenia was the title of the next paper highlighted by Prof. Llorca. Published in JAMA Psychiatry, the paper authored by Jari Tiihonen (Karolinska Institute, Stockholm, Sweden) showed that rational antipsychotic polypharmacy might be possible.4

Prof. Llorca observed that treatment guidelines stated that antipsychotic monotherapy should be preferred and that antipsychotic polypharmacy should be avoided if possible. These recommendations were based on the results of high-quality studies in acute-phase treatment but results from the large observational study performed by Prof. Tiihonen et al, suggested that certain combinations of two antipsychotics with different receptor profiles may be superior to monotherapy for preventing rehospitalisation and maintenance schizophrenia treatment.4

End-of-life Care in Patients with Schizophrenia and Cancer

The penultimate highlight of Prof. Llorca’s presentation considered a much overlooked topic, that being the care of patients with schizophrenia who develop cancer. In their paper, End-Of-Life Care Among Patients With Schizophrenia And Cancer, Guillaume Fond (Aix-Marseille University, France) observed that understanding of end-of-life care in patients with schizophrenia and cancer is poor and that such patients were a vulnerable, underserved and undertreated group.5

Schizophrenia is known to be associated with a decrease in life expectancy, Prof. Llorca said, this is for various reasons and one of which is cancer. The study by Dr. Fond and co-authors aimed to establish whether end-of-life care delivered to patients with schizophrenia and cancer differed from that delivered to patients with cancer who did not have a diagnosed mental illness.5

The results provided empirical support for a causal relationship between dysfunctional connectivity in the brain and psychopathology, Prof. Llorca observed. He concluded by noting that functional connectivity could thus be a useful marker for the efficacy of therapeutic interventions in the treatment of negative symptoms.