The importance of early adherence to antipsychotic treatment for improving not only symptoms but also the functional capacity of patients in the long term was the focus of an industry-sponsored session at the 34th European Congress of Neuropsychopharmacology.

During the ‘From symptom control to long-term functioning – bridging treatment adherence to functional recovery in schizophrenia’ symposium, four expert speakers looked at the importance of linking acute and long-term treatment objectives in early schizophrenia. In particular, the case for giving a medication that patients will be certain to take was emphasized, with speakers making the case for using long-acting injectable (LAI) antipsychotic drugs earlier in the course of the illness. 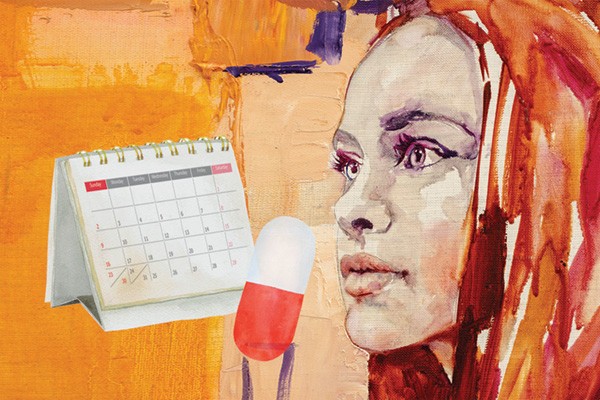 Myth: LAIs should be reserved for more severe cases

The first speaker, Charlotte Emborg, from Aarhus University Hospital in Denmark focused on the importance of adherence, especially in young people with newly diagnosed schizophrenia. Early detection and intervention are important for patient recovery,1,2 she argued but adherence is also key.

“Patient adherence to medication remains a challenge, however”, commented Dr. Emborg, noting that almost half of all patients with first-episode schizophrenia had been shown to stop taking their medication soon after hospital discharge.3 This puts them at significant risk for subsequent relapse and that risk is cumulative over time4. Indeed, patients who are non-adherent are up to five times more likely than those who are adherent to experience a first or second relapse.4

So, what can be done to help improving adherence? One way may be to use LAIs sooner, Dr. Emborg suggested. There is a myth that LAIs should be reserved for very ill patients or patients who have experienced several relapses, she said. Starting early in the course of illness with a LAI creates a better chance for recovery, and a higher rate of compliance.5 Indeed, a meta-analysis of 42 studies for example revealed that using LAIs rather than oral antipsychotics led to fewer hospitalizations and patients stopping antipsychotic treatment.5

Early intervention is not only good for the general well-being of the patient but also for the economy, Dr. Emborg argued. The most expensive service in psychiatry is the cost of treating someone in hospital, she observed.

From the patient’s perspective, the goal is to get back to their normal life as quickly as possible. As such, patients may have no preference whether an oral or injectable antipsychotic is prescribed, as long as the desired results are achieved. LAIs are appropriate for all phases of the disease, Dr. Emborg said, adding that it is much easier for someone to take a drug once monthly than every day.6 There is also evidence that patients’ well-being and as quality of life have improved by switching from an oral to an LAI for maintenance treatment.7

Fact: The evidence for earlier intervention

Next, Eric Achtyes, from Michigan State University College of Human Medicine in the United States, discussed some of the clinical trial data looking at the effectiveness of LAIs in individuals with schizophrenia. He highlighted data from the PRELAPSE study with aripiprazole8 that looked at the efficacy and tolerability of this LAI in treating early-phase schizophrenia.6,8

Prof. Achtyes observed that of 576 individuals who had been screened for the study, only 14% refused to take a LAI, meaning that 86% showed willingness to try the medication.6,8 Compared to the clinician’s usual choice of treatment, LAI treatment was associated with a 44% reduced risk for first hospitalization.6,8

While tolerability was similar between the two groups, patients in the clinicians’ choice group were more likely to experience worsening of psychotic symptoms, weight gain, and hyperprolactinemia, whereas anxiety and restlessness were higher in the LAI group.6,8

Dr. Achtyes suggested that the use of LAIs in early phase schizophrenia could be a useful strategy to tackle non-adherence. Education among healthcare professionals is key, however, there needs to be a greater appreciation of the potential benefits of LAIs in preventing relapse and promoting recovery in schizophrenia, he said. Such education needs to consider the rationale for LAI use, encouraging an environment of shared-decision making and using role-play scenarios to improve care in early-phase schizophrenia. Providing solutions for logistical barriers such as paying for patients’ transport to the clinic could also help, added Dr. Achtyes.

Reality: Real-world evidence for LAI use

Clinical trials are all very well, but what happens in the real world? This topic was addressed by Daniel Schöttle, a Senior Consultant at the University Medical Center Hamburg-Eppendorf, Germany, He presented real-world studies with LAIs, and elaborated on the differences from randomized controlled trial (RCT) results. A key difference, he said, is that RCTs ask, ‘can it work?’ and real-world studies ask, ‘does it work?’.9

The results obtained in RCTs and real-world studies may not always tally but they are complementary. To highlight this Dr. Schöttle cited a recent systematic review and comparative meta-analysis that had compared studies of LAIs versus oral antipsychotics.10 Regardless of the study type, LAIs were associated with a lower risk of hospitalisation or relapse than oral antipsychotics. 10 However, differences were seen across study types in other outcomes related to the efficacy, safety, and tolerability of the medications.10

For the remainder of his talk Dr. Schöttle looked at real-world evidence of the benefit of LAIs over oral antipsychotics, citing data from four studies of aripiprazole performed in Italy,11 Canada,12 Spain,13 and Germany.14 Through these examples he showed that LAIs were associated with good results and good treatment persistence.11–14

There is some relatively strong evidence that identifying and treating patients early in the course of their illness improves their overall functionally in the long term, 15,16 said Professor Philip Gorwood, who was the final speaker of the symposium.

Besides symptoms, factors such as family support, antipsychotic response, and treatment adherence are crucial for the recovery process.17 Other influencing factors include the duration of psychosis, comorbid substance abuse, cognitive performance and experiencing negative symptoms.17

There are several instruments that can help evaluate patients’ functional recovery, Prof. Gorwood observed.One of the most frequently used is the Global Assessment of Functioning (GAF) scale, a simple assessment that captures a lot of symptoms18 but that has more clinical than functional approach.

Then there is the Personal and Social Performance (PSP) scale, which is considered a gold standard, Prof. Gorwood said. The PSP covers four domains, with a global score obtained in a relatively complex way.19,20 However, with a little training it is possible to do the rating within five to six minutes, he said.

Although not frequently used there is also the Psychosocial Remission in Schizophrenia Scale (PSRS),21 and the Functional Remission of General Schizophrenia (FROGS) is a new tool currently being developed that will hopefully help clinicians gather more information on patients’ functionality in the future.22,23

Each of these scales measures different facets of functioning, said Prof. Gorwood. For instance, GAF, if very good for assessing people’s working or studying capacity, FROGS is more sensitive to evaluate housing problems and financial responsibilities, and PSRS is good for detecting clinical remission.23

Prof. Gorwood concluded that, schizophrenia was associated with functional impairment and commitment to long-term success of therapy for functional remission should be a treatment goal for schizophrenia.