From micronutrient supplementation to eating a Mediterranean diet, there are various approaches being tested as part of the EU-funded Eat2beNice consortium to see if they might have a positive effect on people’s mental health and cognition. These approaches were discussed during a symposium at the 33rd European College of Neuropsychopharmacology (ECNP) Congress, held online 12–15 September 2020. 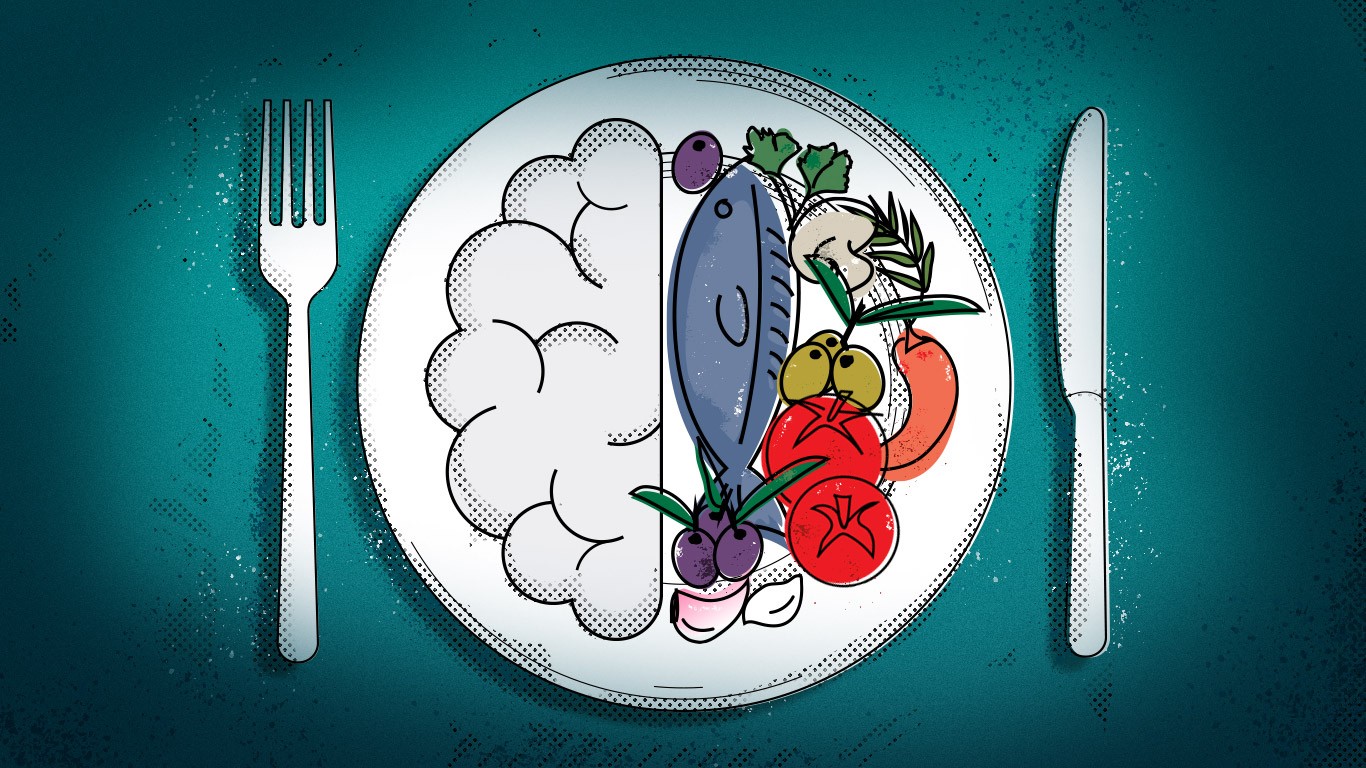 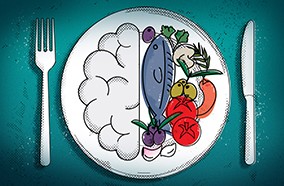 A Mediterranean diet has been linked to improved cognition in some studies.

The Effects of Nutrition on Impulsive, Compulsive, and Externalising behaviours (Eat2beNICE) consortium is part of HORIZON 2020 and aims to provide insight into how lifestyle, nutrition, genetics, and the gut microbiome may contribute to mental health.

The project involves four dietary intervention trials which are looking at how different nutritional strategies may help quell impulsive or compulsive behaviours, such as those seen in adults and children with attention-deficit hyperactivity disorder (ADHD), obsessive-compulsive disorder (OCD), borderline personality disorder (BPD), and in those with excessive aggression.

First there is the TRACE study, which is looking at the short- and long-term effects of a personalised elimination diet versus a healthy diet as defined by the World Health Organization (WHO) in more than 160 children with ADHD. A further 60 children will be evaluated alongside, and they will receive care as usual, meaning medication alone with no dietary intervention.1

Then there is the VANTASTIC study, which is a randomised, double-blind, placebo-controlled trial looking at the potential effects of broad-spectrum micronutrient supplementation in the treatment of 180 children and adolescents with high levels of impulsivity or irritability.

Next is the PROBIA study, another prospective, randomized, double-blind trial, which is assessing the possible effects of probiotic supplements on impulsivity and compulsivity in 180 adults with ADHD, BPD or both.2

Finally there is the PREDIMED study,3 which has been looking at the short- and long-term effects of energy-restricted versus unrestricted Mediterranean diets in a large population of adults aged 55 to 75 years for some years now and has secondary endpoints that included cognition.

Can a Mediterranean diet improve cognition?

According to the latest WHO World Health Statistics it is estimated that one in five people are aged 65 years or older and that one in five of these older individuals will be overweight or obese and three out of five will die from chronic non-communicable diseases. The biggest killers associated with an aging population are heart disease, diabetes, cancer and dementia, observed Jordi Salas-Salvadó  Professor of Nutrition and Director of the Human Nutrition Unit of the Rovira i Virgili University (URV) in Tarragona, Spain.

Prevention of these diseases remains a major health concern, Prof. Salas-Salvadó added, turning his attention to how nutrition may play a role in preventing cognitive impairment, which in turn is linked to dementia. Even mild cognitive impairments could lead to memory loss, loss of concentration, or being unable to learn new things, he observed.

For the past 15 years, Prof. Salas-Salvadó  has been one of the leaders of the PREDIMED Study, 3 a large (≥7,000 participants) clinical trial looking at the role of the Mediterranean diet in the primary prevention of cardiovascular disease and mortality. Results have shown that the Mediterranean diet has multiple effects on cardiovascular risk factors, such as lowering high blood pressure, improving the lipid profile, and reversing the metabolic syndrome. There have also been data from the study to show that it can improve cognition and memory.

As part of the Eat2beNice initiative, Prof. Salas-Salvadó and co-PREDIMED investigators plan to look further into their data on the cognitive and mental health effects of the Mediterranean diet. This will include assessment of impulsivity and compulsivity at 1 and 3 years of intervention; cognitive status and decline, at 3 and 6 years of intervention, depression at 3 and 6 years of follow-up, and dementia at 8 years of follow-up in the PREDIMED-Plus trial. The latter involves more than 6,000 people who were recruited between 2013 and 2016.

When available, their findings will add to the growing body of evidence that eating a Mediterranean diet is beneficial for both physical and mental health.

Can probiotics tame the temper?

The human gut microbiome is thought to play an important role in health and disease, observed Silke Matura, a Senior Clinical Scientist working at the University Hospital in Frankfurt, Germany, in discussing the PROBIA Study.2  Although data are scant, there is some evidence that probiotics – live microorganisms that restore normal gut flora – might have an effect on the gut microbiome, and in turn people’s health.

In terms of mental health, there have been multiple studies showing that probiotic treatment can help to reduce anxiety-like and depressive-like behaviour in mice. There have also been a few studies to show that probiotic treatment can reduce depression scores and improve cognition in humans. There is even evidence that giving probiotics early in life (<6 months) might reduce the prevalence of ADHD in teenage children. But all of this evidence is somewhat anecdotal and larger studies are needed. This is where the PROBIA Study comes in, observed Dr. Matura. The study will hopefully fill some of the gaps in knowledge surrounding their potential role in improving mental health.

The PROBIA study investigators have currently screened 166 patients with ADHD, BPD, or both for inclusion in the study. Of these, 123 have been enrolled and 110 of a target 180 participants have been randomised to receive either a probiotic or placebo for 10 weeks. After this initial 10-week double-blind phase there will be a further 10-week open-label phase.

The probiotic being used contains three bacterial strains – Pediococcus pentosaceus, Lactobacillus paracasei, and Lactobacillus plantarum, together with four fermentable fibres – betaglucan, inulin, pectin and resistant starch. The fibres help to promote the growth or flourishing of the probiotic bacteria.

The hope is to detect improvements in impulsivity, compulsivity and aggression, Dr. Matura said. Patients are being very well phenotyped, she said, adding that they were assessed using a variety of scales, including the self-rating of affective reactivity (ARI-S) and Clinical Global Impression – Improvement (CGI-I) questionnaires. Physical activity was also being tracked carefully with users wearing a watch-like sensor at all times with the exception of showering, bathing or swimming. Dietary intake as being assessed using a food recall diary.

The study is still blinded, said Dr. Matura, so she was unable to provide any insights on whether or not  the probiotic being used in the trial was having any effects. Hopefully by the next ECNP meeting there will be some data to share, she concluded.